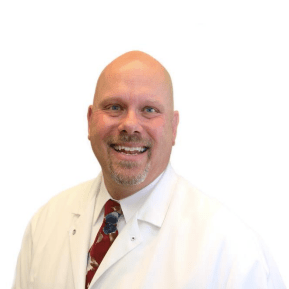 Dr. John M. Walgast has been providing patients with general dentistry services for almost 30 years. After completing his undergraduate education at Temple University in 1981, he continued his education at New Jersey Dental School where he received his Doctor of Dental Medicine (DMD) in 1985.

Before Dr. Walgast joined PERFECT TEETH™, he owned and operated his own dental practice in a small suburb of Philadelphia, Pennsylvania. In addition to owning his own practice, Dr. Walgast engaged in a number of additional endeavors: instructor at the University Of Pennsylvania School Of Dental Medicine: team dentist for the NBA’s Philadelphia 76er’s basketball team and team dentist for Saint Joseph’s University. In 2002, he was named team dentist for the NBA All Star Game. After 15 years, he sold his private practice and moved to Colorado to raise his two children.

As an active member of the Academy of General Dentistry, Dr. Walgast continued his education and was awarded a prestigious Fellowship from the Academy.

When not practicing dentistry, Dr. Walgast enjoys spending time with his wife skiing and snowboarding in the great Colorado outdoors. Together they love watching their son play baseball and their daughter compete in swimming.

In addition to his passion for dentistry, Dr. Walgast has a passion for competing in Olympic Style Recurve Archery. In fact, his skills in the sport allowed him to participate in the 2012 Olympic Trials for Archery. He also enjoys stand up paddle boarding, unicycling and playing the ukulele.

Despite all of his other interests, Dr. Walgast feels dentistry is a “wonderful profession that combines the healing arts with tremendous interpersonal relationships. It’s the relationships I am able to build with my patients that make my life so fulfilling.”