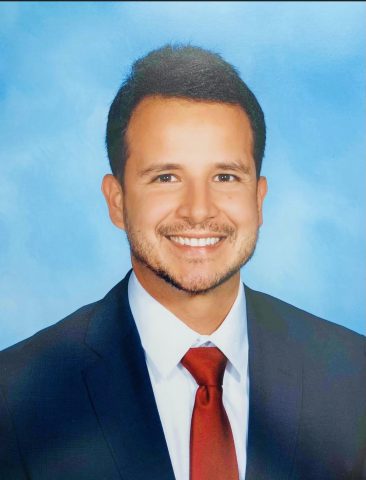 Dr. Joel Gomez earned his Bachelor of Science degree from the University of Miami, after his much-enjoyed military service, and went on to earn his Doctor of Dental Surgery degree at New York University.

While in New York he met his fiancée and had their first daughter, Camila. Dr. Joel Gomez enjoys being active, spending as much time outdoors as possible with his family, and attempting sports. His family made the move to Colorado for the mountain air, seasons, skiing & snowboarding, and to raise a family.

He is committed to service and world travel. In 2019, he traveled to Nepal with Henry Schein Cares NYU Global outreach team, providing free dental services at a Tibetan settlement.

Dr. Joel Gomez chose to study at the University of Miami because of their science programs and its vivid city. His best college experience was living with a local host family for a semester abroad in the Galapagos Islands. He did research, community engagement, hiked volcanoes, played a lot of soccer, ate a lot of rice, and did some of the best diving in the world… And also, somehow, classes.

Dr. Joel Gomez chose to be a dentist to serve the public, connect with people, make them feel better, and have a work-life balance.