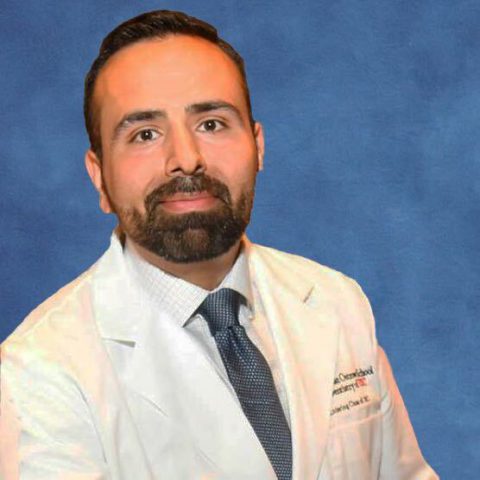 Dr. Michael was born in Chicago to his parents David and Elizabeth, who escaped Iraq in 1979 after the Saddam Hussein regime had targeted his father for participation in a Democratic Christian political party. His parents came to this country with close to $71 in their pockets and had to often work two jobs in factories day and night to support their family, despite being an engineer and physicist. Dr. Michael considers his parents his hero’s because, despite all the struggles, they always kept their four children first and foremost in their thoughts and actions. His siblings are all the direct results of his parent’s commitment to family, two sisters being nurses that then changed careers into psychology and insurance administration, and a brother who is a software engineer and executive in charge of our country’s largest bank, its instruments, and its security.

Dr. Michael attended the prestigious Northwestern University Chemistry Department. At Northwestern he was selected for the four-year bachelor and master’s program in Chemistry. He worked on neurological agents to treat Alzheimer’s and Parkinson’s, some of which made it to clinical trials. His work was conducted under the inventor of Lyrica, one of many mentors in his long life and career.  After college, Dr. Michael went on to take a position as an MD/Ph.D. student at a combined program between Rush Medical College and the University of Illinois. After two years of medical school, he felt lost and didn’t find his passion until conducting research in Orthopedics, Hearing, and Dentistry. During his Ph.D., he did numerous research projects that crossed Chemistry with fields of Engineering. Most importantly, Dr. Michael is an expert in the field of dental materials and dental implants, having done significant work at the University of Illinois Dental school, eventually graduating with a Ph.D. in Biomedical Engineering from the University of Illinois. During his long academic career, he was a professor at the University of Illinois, teaching at the Medical, Graduate, Undergraduate, Engineering, and Pharmacy School. He was the recipient and benefactor of numerous National Institute of Health and National Science Foundation grants. After the appropriate security clearance, he also worked on military projects, which he does not discuss even with family members.

After finding a passion for dentistry, and the good it can do for patients he moved away from Chicago for the first time in his life, attending the University of Southern California Dental School. Dr. Michael received numerous honors in dental school. While in Los Angeles he met his wife-to-be at church and found out later that she was also a dentist from Oro Valley. He moved here in June of 2021 to be with his love, and their four Shetland Sheepdogs.

Dr. Michael is a consultant for dental device and material manufacturers and has his own small corporation here in the state of Arizona for the design and manufacture of products that can change patient experiences and outcomes for the better. Dr. Michael is continuously involved with continuing dental education, including training on all aspects of dentistry, from simple fillings to dental implants.

Dr. Michael respects the pluralism of our country and hopes only to be a guide to his patients’ oral health. He respects the autonomy of his patients first and focuses on informing his patients of what he sees, and what can be done to maintain the look and function of teeth throughout life.