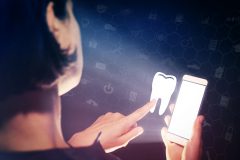 If you’re from Colorado, you’ve likely been party to this conversation, “You’re from Colorado; marijuana is legal there now, right?” For years Colorado was known for its beautiful mountains, but recently the questions seem to be centered around the legalization of marijuana. It’s long been known that smoking can lead to several oral health issues, not just bad breath and discolored teeth, but gum disease and oral cancer as well.  As more and more states are legalizing marijuana for both medical and recreational purposes, you have to wonder what effect smoking marijuana has on teeth and what the research shows about marijuana and oral health.

A study done by the University of Arizona concluded that smoking marijuana didn’t have as many negative effects as smoking tobacco does, but it still impacts the oral health of users. The study reported a higher than average incidence of periodontal disease in marijuana users but didn’t find a similar increase in other health care concerns associated with smoking.

Some of the negative effects were attributed to poor overall oral care, as the habitual pot users in the study typically didn’t keep up good oral care practices such as brushing twice daily, flossing daily, or using mouthwash regularly. However, the same study found that even with good oral health habits, marijuana users had higher incidence of periodontal disease.

Maybe the marijuana effect on teeth is a result of the side effects, specifically the dry mouth commonly reported by marijuana users? Could be; lower amounts of saliva result in bad breath, and also stop the natural saliva from helping to rinse away bacteria and food particles. It’s this buildup of bacteria and food particles that can result in a higher likelihood of plaque and tartar which are responsible for cavities and gum disease.

The marijuana effect on teeth goes beyond the pearly whites. A link between oral cancer and marijuana smokers has been reported, as the act of smoking, regardless of the substance, irritates oral tissue, which can result in cancerous lesions in the mouth. Some people have turned to vaping as an alternative, but this too has shown to create significant oral health risks as well.

What Does the ADA Say About Marijuana and Oral Health?

The ADA (American Dental Association) is also concerned about the growing use of marijuana and the impact it has on oral health.  The ADA notes it isn’t clear if the marijuana itself is the problem or if other factors associated with marijuana users like higher tobacco, alcohol and drug use are to blame for poorer oral health problems among users. Even so, the ADA cites a number of studies that report a higher level of cavities, periodontal disease and oral cancer among marijuana users.

As marijuana use grows, there is no doubt the links between marijuana and oral health will be studied and become clear.  Until then, remember our dentist cares not only about your oral health, but your overall health as well. Be sure to share your habits with your dentist, including marijuana use, so they can help you achieve a healthy smile and provide you with oral care habits to limit marijuana’s effect on your teeth. Find a PERFECT TEETH dental office in Colorado, New Mexico, or Arizona today.